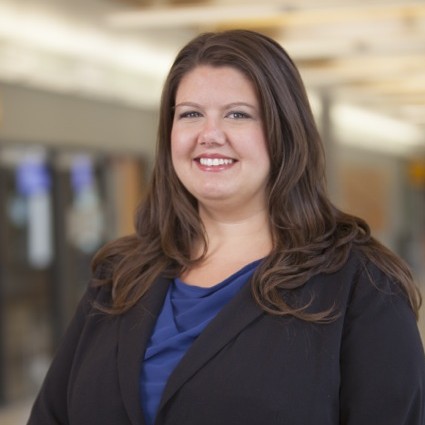 Kristyn Wilczek is the Assistant Director for the Center for Leadership (The Center) at Florida International University.

Kristyn provides strategic management of key areas of The Center including general operations, marketing and outreach, new media, finance, and human resources management. In addition, along with The Center’s directors, develops and oversees strategic operations for The Center.

Prior to her current role, Kristyn served as the Senior Manager of Administrative Operations, where she provided managerial oversight for all Center operations including all HR and budget-related issues. Prior to serving as Senior Manager, she served as The Center’s Senior Manager for Programs where she provided management and execution of all of The Center's core curriculum programs such as The Senior Executive Leaders Program, The Women Leaders Program and was instrumental in the launch of The High-Impact Leadership Program. She was also responsible for providing conceptual and logistical support for The Leadership Lecture Series. Kristyn joined The Center in August 2010 as the Program Coordinator for the Principals Leadership Development Program (PLDP) and was involved in numerous workshops and engagement opportunities associated with The Center.

Prior to joining The Center, Kristyn was Program Coordinator for continuing and professional education programs at Rutgers University. She holds a Bachelor of Arts from Rutgers University where she majored in both Journalism and Women and Gender studies. She received her Master of Business Administration from Florida International University in 2013.