Nearly 100 influential community leaders gathered at The Miami Leadership Summit to discuss positioning the region as a global competitor economically, culturally and socially. The event, presented by Florida International University’s (FIU) Center for Leadership on January 17, 2012, was the brainchild of FIU’s president emeritus Modesto A. Maidique, who serves as the center’s executive director. 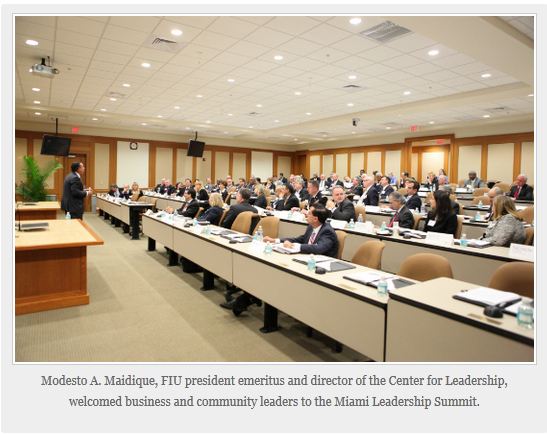 “Miami has a remarkable ability to reinvent itself as it embraces a constant influx of newcomers,” Maidique said. “The challenge of how Greater Miami can capitalize on its growing global reputation as a thriving cosmopolitan place requires collaboration—and that collaboration was demonstrated at the summit.”

The springboard for discussion was the “Miami: Leadership in a Global Community,” a case study developed over the past year under the leadership of Ken Lipartito, chair of FIU’s Department of History. The case provides a snapshot of Miami’s young history, current challenges and opportunities. 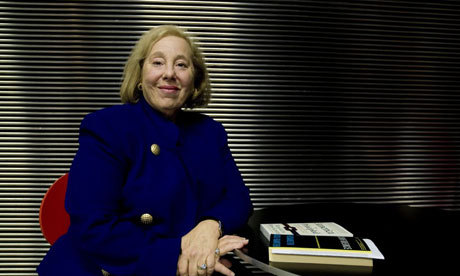 The summit marked the beginning of developing long-term goals for Miami.

“The discussions and opportunities outlined by the leaders form the basis for a strengthened and enhanced report to be distributed in the coming months,” said Mayra Beers (PhD ’11, MA ’95), the center’s director of operations. “On April 27th, leaders will re-convene to outline specific actionable steps for Miami.”

She expressed admiration for how summit participants were able to “set aside any political, personal or business agenda to truly work together.”

“Business and community leaders should be the driving force behind what the city focuses on,” said attendee Jim Angleton, president of AEGIS Financial Services. “We need to mobilize these individuals to meet and determine what is best for our community and then charge our elected officials with the execution of these decisions rather than depending on the elected officials to come up with all the answers.”