Father of Positive Psychology kicks off The Leadership Lectures.

The Leadership Lectures 2013-2014, presented by the FIU Center for Leadership, boasts world-renowned and critically-acclaimed psychologist as first presenter.

The father of Positive Psychology is the first presenter in the 2013-14 Leadership Lectures series. Martin E.P. Seligman, Ph.D., whose work on learned helplessness, depression, optimism and pessimism has gained acclaim in academic and clinical circles, will present his thoughts on leadership on Friday, October 18 at 10:00 a.m. on the Modesto A. Maidique campus of Florida International University (FIU).

The Leadership Lecture series, now in its third year, is presented by FIU’s Center for Leadership with generous support from Mercantil Commercebank. The series features world-class, accomplished and influential leaders with expertise ranging from business and philanthropy to public service and academic research.

Dr. Seligman is currently the Zellerbach Family Professor of Psychology in the Department of Psychology at the University of Pennsylvania as well as Director of the Positive Psychology Center. He is a best-selling author of 24 books (translated into 16 languages) and 250 articles.

He has been a spokesman for the science and practice of psychology on numerous television and radio shows. He has written columns on such far-flung topics as education, violence and therapy and has lectured around the world to educators, industry, parents and mental health professionals.

The Leadership Lectures are free and open to the public but advanced registration is recommended. To register for this lecture visit lead.fiu.edu/lectures

Upcoming presenters in the 2013-2014 Leadership Lectures are:

Bob Schreiter; Leadership for Social Reconciliation
November 7, 2013 10:00am
Location: College of Law, RDB 1000, Modesto A. Maidique campus, FIU
Robert Schreiter is a priest and member of the Missionaries of the Precious Blood. He has published seventeen books in the areas of enculturation, world mission, and reconciliation. Among them are Constructing Local Theologies; The New Catholicity: Theology between the Global and the Local; Reconciliation: Mission and Ministry in a Changing Social Order; and The Ministry of Reconciliation: Spirituality and Strategies.  Father Schreiter has chapters in more than 120 books, has written more than 150 articles in academic and church journals and his publications have appeared in 21 languages.

R. Kerry Clark; Lessons in Life and Business
January 23, 2014 2:00pm
Location: MARC Pavilion, Modesto A. Maidique campus, FIU
R. Kerry Clark, served as Chairman and Chief Executive Officer of Cardinal Health, Inc., a provider of health care products and services, until his retirement in 2009. Mr. Clark joined Cardinal Health in 2006 as President and Chief Executive Officer and became Chairman in 2007. Prior to that, since 1974 he had held various positions at The Procter & Gamble Company, a consumer products company, including Vice Chairman of the Board. 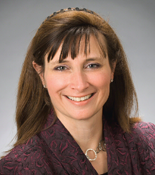 Erica Brown; Nurturing Women's Leadership: An Intimate View from the Hebrew Bible.
February 18, 2014 2:00pm
Location: MARC Pavilion, Modesto A. Maidique campus, FIU
Dr. Erica Brown is a writer and educator and serves as the Scholar-in-Residence for The Jewish Federation of Greater Washington and consults for the Jewish Agency and other Jewish non-profits. This former director of the Jewish Leadership Institute is the author of the books, Inspired Jewish Leadership, a National Jewish Book Award finalist, Spiritual Boredom, Confronting Scandal and co-author of The Case for Jewish Peoplehood. 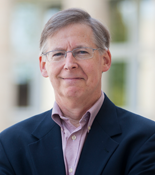 To register for any of these lectures and reserve your seat visit lead.fiu.edu/lectures